Calling all moms! Why We Need More of You Coaching Little League alongside Dad

Youth athletics are about training our children to be winners in life. Undeniably, 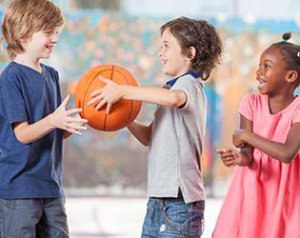 a big part is teaching our youth how to play to win in the athletic arena, and let’s be clear that the scoreboard and the stopwatch do matter. However, winning only matters if it is done the right way. So, how can we work together (mom and dad) to teach our children that winning the right way is the only way. Cheating, unsportsmanlike conduct, disrespecting opponents, and cutting corners in order to win short-term is seemingly becoming more prevalent than ever before in youth sports.

I am positing that a male: female coaching duo would not only benefit our children, but it would also bring out the best coach in all of us. In my book, Character Loves Company – Defining the “Teachable Moments” in Sports, I write about the fact that a coach’s number one role is that of a mentor for our youth. Every coach should be proud to wear the “Coach/Mentor” badge of honor and, Moms, we want you! Think about it, who was the first mentor in your life? If you are like me and thousands of other coaches with whom I have discussed this topic, it was undeniably your mom.

I have been fortunate to have had a wonderful dad to help guide me throughout my life. Aside from being a great father, he was also a great coach and mentor. However, my mom was the greatest influencer in my life growing up. Despite only having my mom in my life until I was 12-years-old, her impact has been immeasurable. During those early formidable years in my upbringing, Mom taught me to take pride in doing things the right way and being a good person above all else. To me, this meant making her proud whether I won or lost. She emphasized that my brothers and sisters and I maintained a sense of humility in victory. At the same time, she helped us to learn from the losses and to always respect and value our opponents.

When I speak of the need to have more moms on the sidelines, this is by no means an attack on dads, as I am a dad myself. On the same token, I am not arguing that only men possess certain qualities or character values such as toughness, grit, intensity and will to win, while only women possess what society has recently labeled “soft skills” or collaboration, togetherness, love, and compassion and respect for others. I have learned over two decades of coaching and studying the works of the greatest coaches and leaders in American sport, that the most effective and impactful coaches exhibit a balance between the masculine and feminine qualities. I am such a big believer in the truth to this that my wife and I included the following in our wedding vows back in 2004: The “union of the masculine and feminine qualities constitutes completeness. The masculine mind reaches a higher tone through certain elements of the feminine, while the feminine mind gains courage and strength through masculine qualities” (Eddy, M.B., 1930).

I love the following two quotes attesting to the proof that the best coaches are stepping outside the normal stereotypes and gender roles in order to teach true life lessons in sport:

“We keep score in life because it matters. It counts. Too many people opt out and never discover their own abilities, because they fear failure. They don’t understand commitment. When you learn to keep fighting in the face of potential failure, it gives you a larger skill.”
-Pat Summitt, Legendary NCAA Women’s Basketball Coach & National Champion at University of Tennessee, and Best Selling Author

“That’s been my word all year, Love, and I said tonight we’re gonna win it because we love each other.”
-Dabo Swinney 2016/17 Clemson Tigers National Champions on field speech after game.

We all need to continue to grow and develop the best versions of ourselves. So, whether you are coaching boys or girls, young or old, continue to work to bring out the best in your players by living the example through your actions and words. Let’s work together towards the cause of developing true men and women of character on and off the field.

Eddy, M. B. (1930). Science and Health: With key to the Scriptures. Boston: Published by the Christian Science Pub. Society, for the Trustees under the will of Mary Baker G. Eddy.

Previous: How can we bring relevance back to sports for our children?

Next: Parents and Young Athletes: Wake Up! Take it From a Hall of Famer